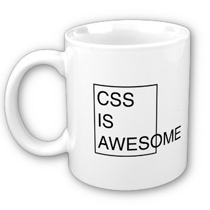 I’ve just read last week that Firefox would implement calc() in their new version of Firefox. It’s not out in any publicly released version yet but it is coming as they talked about it on their developers blog.

Why should you care?

Ever had an element that needed to have a percentage width with padding? Up until now, because of the way the box model works in modern browsers, you had to wrap the content in a container to which you’d apply the padding. That’s because when you define padding to an element the value is added to the width, which is the proper way of doing it.

Now the thing is that percentage width don’t mix well with fixed padding values, that where calc() comes into play.

What would be even cooler is if you could get the actual padding values as a variable in calc(). Something like:
#box {
width: -moz-calc(60% - (padding-left + padding-right));
}

This way you could even forget about updating your width value when you play with your padding.

Oh well, one day maybe, now let’s just see if other browser vendors implement something of the like. Let’s not forget this is not part of the W3C CSS3 specs.

Is it a feature you were waiting for?

26 Responses to “Firefox to implement calc() in CSS3.”