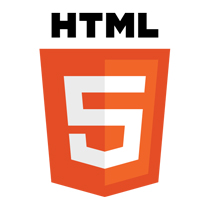 There are some thing we all know we must never do with a technology. For example, we all know we must not do a welcome page in flash anymore, we also know that little animated gif envelopes are banned from contact forms. These examples have done nothing more than give us content to mock at […]

Lots has changed since I’ve released the plugin last week. I’ve added bunch of functionnality, made sure the users are able to disable it, fixed some layout bugs. In short, I worked a lot on it! I now get the feeling it’s ready for primetime, I’ll start promoting it around and see what the response […]

Here’s my latest plugin. This time I wrote it in pure javascript because I didn’t want it to be tied to a library. What is INK? INK is a new way to own your content. It’s a well known fact, the content you produce can be shared all around the web and in a very […] 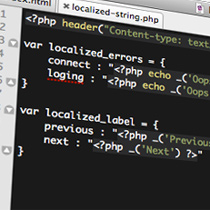 I live and work in a bilingual environment and most of the things I work on needs to be localized. While it’s easy to do localization on the server side, it’s not so easy on the client side. There are several solutions available online, but most of the times they are either over-complicated or contains […] 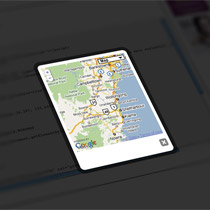