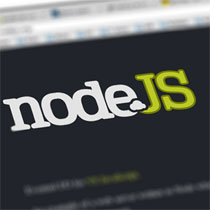 You must have already heard about node.js, if not, it’s an evented input/output server based on Google V8 engine. That means that as soon as the server receives information it can respond and send relevant information back to your front-end. You can then treat this information the way you want. What is so cool about […] 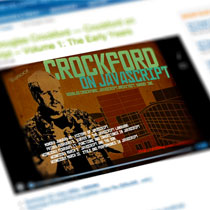 It’s friday, time to relax (and learn!). Here’s a really cool link, it’s a tiny bit old but it’s still totally worth it if you’ve never heard of it. It’s a talk Douglas Crockford gave back in january about javascript, it’s past, present and future. It’s divided in five chapters. This is a very interesting […] 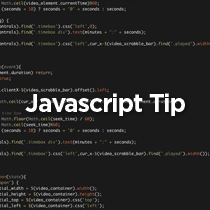 Tiny new version I’ve just released. Basically it consists of 3 things: Bind events only when the loader is showed Fixed loader position when users scroll Added error control on loader path and alerts you in the event the loader image is inaccessible. It is a suggested update but not critic. Head over to the […]

Here’s my first book review ever, the first of, I hope, many more! First of all I must say that I’ve been quite late and lazy on getting around all the new feature of jQuery 1.4+. Sure I was all excited to hear about the new stuff, but didn’t really into it deeper than the method […]